Cool Child Experiments You Have to Know (Part 1) 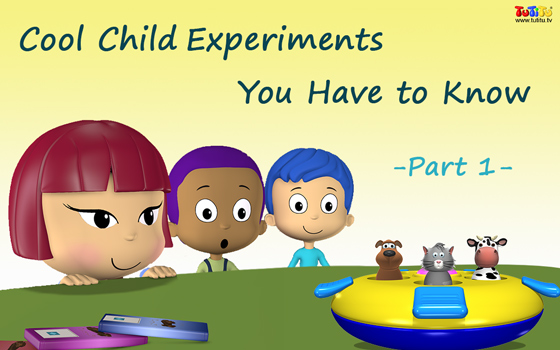 Ever since the emergence of modern psychology some 150 years ago, the subject of childhood has been integral to it. Over the years scientists and thinkers developed various theories, many of which are still being used and referred to today. These theories deal with anything from stages of cognitive development to personality and tempter differences in infants; from the process of sensory refinement to the gradual understanding of abstract moral concepts.

As in any scientific pursuit, some theories are eventually replaced or abandoned altogether. Others, however, prove to be invaluable for generations on and may be relevant even for your own kids. For this special article series we’ve gathered together some of history’s most famous and influential child psychology experiments and what you as a parents can take away from them.

Are you ready for your crash course in developmental psychology? Here we go!

A marshmallow in hand or two in the bush?

In the late 1960s – early 1970s Stanford University ran a series of studies to test children’s ability to handle delayed gratification. The psychologists were interested to see whether the kids would prefer to wait for a better prize or to have a lesser prize immediately. In the test, a scientist gave the child a small reward such as a marshmallow or a cookie and offered them a choice between two options: either eat the prize now or wait for the scientist to return. If they wait, they will receive another prize and have two marshmallows instead of one.

The children in the original study were between 3.5-5.5 years old and most succeeded in distracting themselves from the prize. Many follow-up studies were conducted in Stanford and elsewhere, and what they seemed to find was a certain correlation between being able to delay gratification (i.e. properly wait for the second marshmallow) and higher SAT scores, better self-control as adults, and lower chances of behavioral and drug problems.

In this video you can watch a duplication of the original Stanford experiment from recent years. Even if you are familiar with the study, it is recommended to take a couple of minutes and watch it – the kids’ responses to the temptation are hilarious!

What this means for you: Obviously the ability to delay gratification has a lot to do with each child’s personality, not to mention their age. But as a parent, you can work with your toddlers on practicing this ability and encourage them when they succeed. Another important thing for you to do is to teach by example: make note of daily instances where you used self-control and explain how good a choice it was and how rewarding it was to delay your gratification.

But do they know you know they know?

Another major psychological ability that develops in childhood is called theory of mind. Basically, it means the capacity we have as humans to understand and simulate other people’s minds – to imagine their intentions, to take into account information we have which they don’t and so on. Theory of mind is one of the things that allow us to be the social animals that we are. In fact, some psychologists believe that autism is strongly related to an under- (or un-)developed theory of mind.

The first major experiment to test theory of mind was conducted at the University of Salzburg at the early 1980s. In their research, the scientists ran a test of false beliefs. They told the children, aged 3 to 9 years, a story about a boy whose mother bought chocolate in order to make a cake. The boy sees his mother put the chocolate into a blue cupboard. He then goes out to play, and in his absence his mother moves the chocolate to the green cupboard. 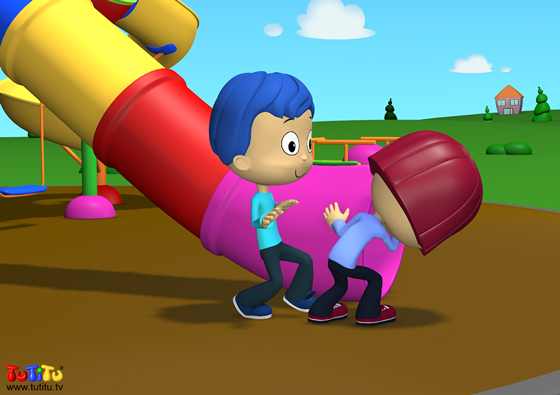 When the boy returns he wants to eat chocolate. At this point the child is asked: where will the boy look for the chocolate? The correct answer is, of course, the blue cupboard, as he has no knowledge of the change that occurred while he was away. What the experimenters found, however, was that children 3-4 years old tended to answer incorrectly, pointing to the green cupboard, while children 4-5 years and older pointed more to the blue cupboard. The psychologists explained this through theory of mind: the younger children were unable to see the world through the boy’s eyes and to predict his actions by his own set of information rather than their own.

What this means for you: In terms of parental influence, not a lot. Theory of mind is something that develops naturally and needs the brain’s preparedness in order to take place. Nor should you worry if your toddler takes longer to correctly complete the task – in their study the psychologists found that some kids only managed it at 5-6 years. What you can do, however, is encourage this type of thinking. During playtime, you can animate the toys you use and discuss their point of view with your child. Perspective-changing skills can be practiced and either way, it’s never too early to teach your child about empathy.

Be sure to check back next week, when our Child Psychology series continues with more fascinating experiments and findings!