Cool Child Experiments You Have to Know (Part 2) 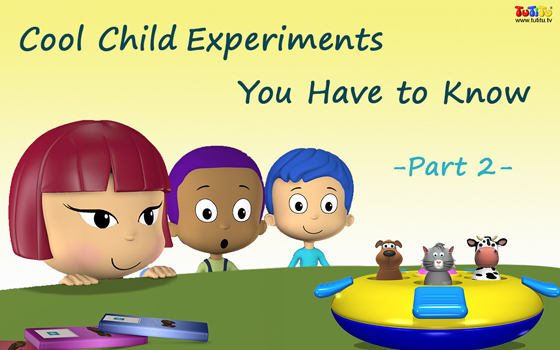 Welcome to the second installment of our special article series about child psychology! In this series of articles we look back at some of the field’s most famous and influential experiments, what they can teach us about development and what you as a parent can take away from them. Last week we talked about delayed gratification and theory of mind.

In the early 1960s influential psychologist Albert Bandura ran a series of researches titled the Bobo doll experiments. What Bandura was trying to learn was how children react to seeing violence around them and whether they would imitate it. What he found was that as suspected, kids can learn how to behave not only from rewards and punishment – as the school of Behaviorism had assumed – but also from watching some else being rewarded or punished.

In the experiment, children aged 3.5-6 were put in a room full of toys along with an adult who had his or her own corner of the room and their own toys, including a Bobo doll, a bottom-weighted inflatable doll (i.e. the one you can push and it comes back) painted as a clown. Half the kids saw the adult being aggressive with the doll, hitting it and cursing it quite violently, and the other half saw a non-aggressive model where the adult played with other toys instead of Bobo.

In the next stage the child was taken into another room with toys and after a few minutes of play he or she were told that they weren’t allowed to play there anymore as so to build frustration. They were then taken back to the first room and allowed to play with various toys including Bobo. The results showed that children who were exposed to the aggressive model were more likely to act aggressively towards the Bobo doll themselves.

What this means for you: the issue of kids’ exposure to violence is highly debated and warrants more discussion. In general though, the message you can take away from this important study is that your own behavior sets a tone and teaches the children a lot, so always keep in mind the educational importance of acting the part.

Peek-a-boo! Are you still there?

At roughly the same time as Bandura was experimenting with violence, another famous psychologist, Jean Piaget, was making another important discovery about toddler development: object permanence. Attaining object permanence means understanding that objects and people continue to exist even when you can’t see, hear, touch or sense them in any way. Piaget’s theory describes a gradual development of this ability which concludes at around 1.5-2 years.

The simplest test to whether a child has acquired object permanence is the blanket and ball experiment. In this test, the researcher hides a toy under a blanket while the toddler is watching and then waits to see whether the child will search for the hidden toy. If they do, that means they understand that the toy still exists even though they can’t see it.

This particular ability is available around 8 months already, while other, more complex types of problem solving develop later (for instance combining different pieces of knowledge about a certain object’s location and manipulation in order to find it.) 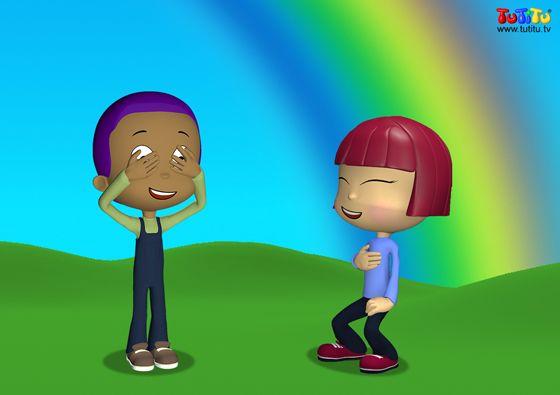 What this means for you: object permanence is the reason why kids love pick-a-boo games so much. Younger babies may react with shock at a peek-a-boo game, but for a slightly older child who has already started developing their object permanence, the game is all about anticipation. Same goes for hide-and-seek – the abilities which enable them to enjoy it are the ones they will use later on in more complex games or even in watching and understanding our unique videos for kids!

How do you implement the science of developmental psychology in your parenting?

Tell us all about it in the comments!