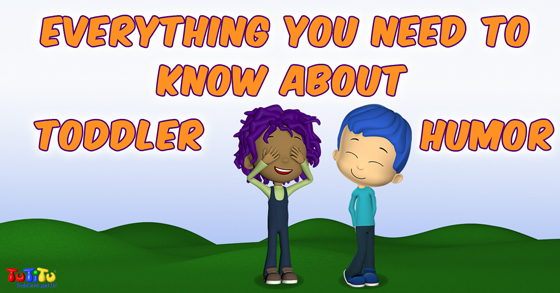 How much do you know about your children’s humor? As adults in general and parents specifically, we are always amazed to see children doing something funny on purpose – even when we don’t stop to think about it, we can understand intuitively what a challenging and complex task it is to express one’s own sense of humor. And yet, it’s there from the very beginning.

Humor is a fascinating phenomenon that’s been captivating researchers for ages; and maybe looking into early beginnings of it can help shed some light on one of the major things to separate us from other animals.

Babies begin laughing at around three months – but this isn’t quite humor; rather, this is just their way of showing happiness and enjoyment. It takes many more months for an actual sense of humor to begin developing because in fact, understanding what’s funny requires a pretty complex cognitive ability: understanding intent.

Much of our humor in these ages and later in life is derived from the element of surprise – something going wrong (slapstick), an object being used the wrong way (absurd) or even just a good, surprising punchline (verbal humor).

In terms of getting the joke, it requires separating between what was supposed to happen and what actually happened, an additionally, realizing that the thing that went wrong – so to speak – was intentional and meant to make us laugh rather than a mistake to be fixed. According to researchers, this ability develops as early as 19 months in some kids.

Once they’ve begun laughing at your jokes, the next exciting step for children is to make them up themselves. This is another amazing milestone. Consider how many different abilities it requires: coming up with a surprise, formulating it into a joke, testing it on the audience, interpreting reaction.

And anyone who’s ever spent time with a toddler knows that once they hit on a successful comic act they will inevitably repeat it over and over again… There’s nothing quite like being able to make someone else laugh! 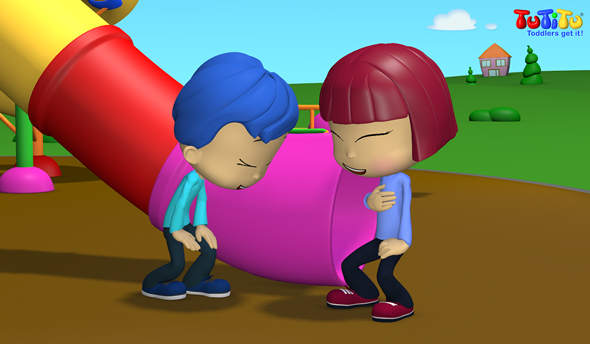 Here, too, the element of surprise is key, and the other one is… just being silly! You can encourage your toddler’s humor by generating the kinds of jokes that are appropriate for his or her age. These include making funny sounds to accompany ordinary actions; mixing up or breaking the normal order of things (for instance putting the doll in the food cabinet); putting clothing articles wrong or on the wrong part of the body; and so on.

And finally there’s verbal humor. This arrives later, naturally, as it requires a strong understanding of language and a sharp enough grasp as so to notice when the language being used is ‘wrong’ in one sense or another. Once they get to this stage, children will enjoy books that make up new words; rhyming; and eventually, even punchlines and knock-knock jokes. 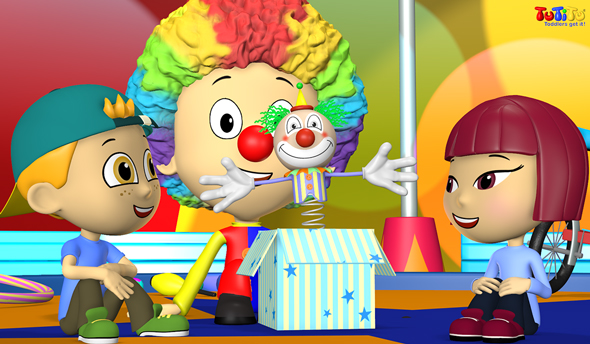 When they start coming up with their own jokes you get another unique glimpse into what makes your child tick – where their imagination takes them and what they find hilarious. Though some topics seem to hit everyone strongly (fart jokes, anyone?) you may also see your child’s own personality in their humor.

How do you make YOUR children laugh?